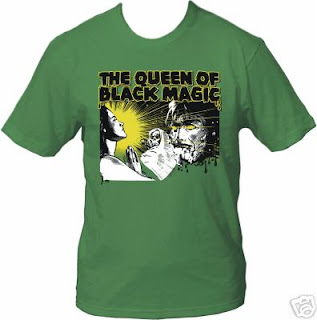 I do another blog that deals with about everything I feel like chucking into it! Films, music, books, YouTube videos, and, uh, me babbling about myself, LOL. And yes it's quite a mess! I've got too many different link sections and I haven't done the blog post labels properly which means half of the posts are lost in the archives. In theory the reader could find all the contents by working his way backwards but... who does that? About no one! Well, it's a fun blog to do but it annoys me that it's so easy for readers to miss my entries on worldweird movies and that's why I initially set up the BACKYARD ASIA blog to solely cover the more obscure Asian movies.

With this blog I'd like to do it *properly*; All film entries get an index label and all movies are indexed according to origin. I wish all blog writers would do this (and I wish I had done it with my old blog too!!). All too often you'll discover a cool blog but in order to find out which films were reviewed several years ago you have to work your way back thru endless pages in order to find out the titles that were covered. It's a hassle! And as a blog author you're shooting yourself in the foot by doing it this way cos you'll spend long hours on writing these reviews and as soon as a given blog post disappears from the front page nobody bothers to go back and see what it was about. Not unless there's an easy-to-use index! :D

Another reason for this alternative blog is that I wanted to attempt to do a new version of my mate Günter Müller's old web site WEIRD ASIA which he ran in the early 2000s (which in Cyberspace years is about 50 years ago!) because I felt most of these movies don't get any coverage and when they do it's often by reviewers who either don't know anything about them or ridicule them - or they don't want to explore their context. If I had a penny for every time a "ordinary" reviewer (even those who cover genre movies) has reviewed Mondo Macabro's DVD release of LADY TERMINATOR and has treated it as though it were the only genre film ever made in Indonesia - then I would have a lot of pennies! A whole bucketful of pennies!! Incidentally, the one post on this blog that gets the most Google hits by far is actually Günter Müller's old incisive review of CANNIBAL MERCENARY! Maybe I should post some more of his old reviews, LOL .

When I launched this blog the idea was to only post reviews of fairly unknown Asian (mostly) worldweird movies that either aren't reviewed anywhere else or only have a few reviews. However, I'm slower than slow and it's gonna take *a while* before I get reviews up for all the films I would like to see on this blog so from now on I I'll start creating entries for these films and post cover scans, even though I haven't done reviews for them yet. That way you'll at least be able to look up the films and/or discover what is actually out there in the land of the obscure! :D

A lot of the readers on this blog aren't necessarily regular readers but people who got here via Google search and this way at least you'll be able to find out a wee bit about credit info, alternative titles, or if nothing else see a cover scan in most cases.

For more (heaps more!) features on worldweird movies I recommend you check out the excellent blog Die, Danger, Die, Die, Kill! It's one of my favourites and there's enough stuff to last you many a cool reading hour! 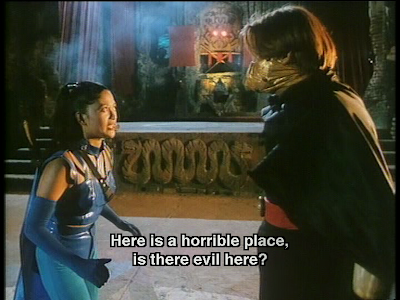