Most of these Filipino Vietnam War films are filmed in the Philippines but they're set in the Vietnam War which took place in, well, Vietnam, obviously. But this film, while it does take place during the Vietnam War, and while it does star a soldier who's just been fighting in the Viet Cong, the film is actually set in the Philippines! And lots of wild and crazy stuff take place! But, hey, it's been a long while since I wrote my last review of a Filipino Vietnam War movie and I'm stalling. Grab your beer and let's get going with the plot.

1971. An American soldier in Vietnam is captured and tortured by the Viet Cong. The soldier is played by a gwilo called James Acheson who I've never seen in any other film but according to the bloody IMDb he was also in the Vietnam War movie P.O.W. THE ESCAPE from 1986. The Viet Cong kidnap his girlfriend and they're going, "If you don't tell us what we want to know we're gonna off yer girlfriend". The American soldier knows bloody well he's out of luck so he goes, "Fuck you and fuck the horse you rode in on". Fortunately, his mates arrive just in time to save him and kill the Viet Cong. Unfortunately, they've already off'ed his gf. After this he's a mental wreck and the army send him to a US base in the Philippines. 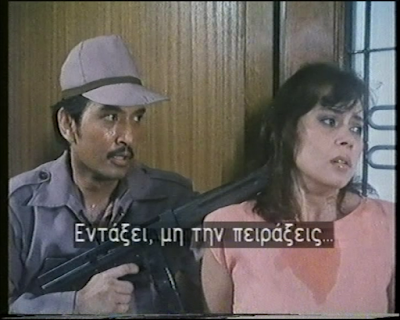 In the Philippines Rudy Fernandez plays a cop who kills a bad dude in the line of duty and decides to quit the force as a result. The bad dude's brother is obviously pissed off and asks one of his henchmen to off the cop, but the henchman dude misses his mark and shoots the cop's dad instead. The cop, who's really a good law-abiding feller, then decides to participate in a bank robbery in order to pay for his dad's operation. He's got a wife and a girlfriend and neither of them are happy about the situation (!). 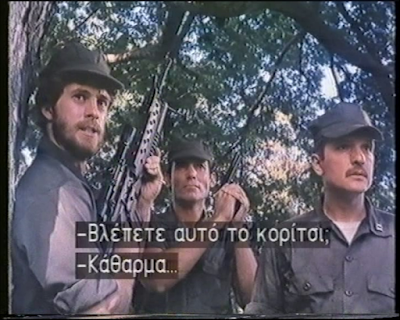 This is a quick run down of the plot and there's a lot that I'm leaving out. THE DAY THEY ROBBED AMERICA is a wild and obscure film - but also slow in places and talkative. Obscure because the film doesn't stay in just one genre. It's part Vietnam War movie, part cop flick, part vigilante film, and it's part ... crazy Asian. It's not least obscure because we've actually got two main characters, the ex Vietnam soldier turned vigilante - and the ex cop turned bank robber. Neither of them is a bad person, and as a viewer we feel for the both of them. It's a dilemma and makes for a different and captivating storytelling in a genre that, despite being entertaining, is often more straight forward than straight forward. 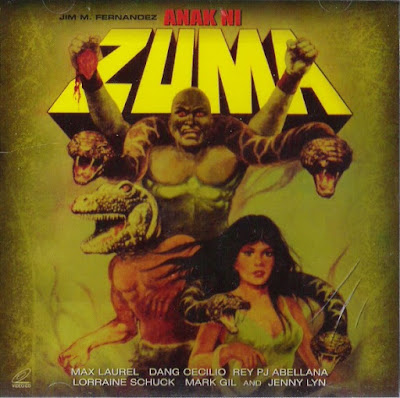 Thanks to Ira Brooker and someone on Facebook whose name escapes me now for letting me know about the upload. Cheers mates!
Posted by Jack J at 4:09 am 2 comments