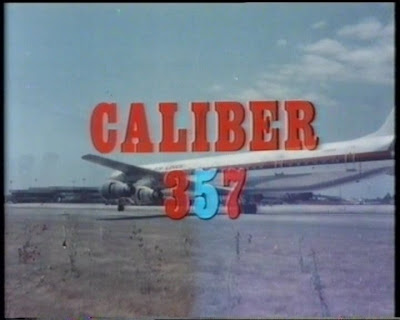 I watched Eddie Nicart's Filipino film CALIBER 357 (aka Magnum 357) last weekend and... whoah... whadda film!
I though it was going to be an "ordinary" revenge film about some guy who comes into town to kill one other guy who killed his brother or something. Oh boy, it is indeed a revenge film but it was nothing like an ordinary half decent film. It's totally over the top amazing!!! Very entertaining to say the least!! Why the fuck isn't this out on Reg.1 dvd!! Or any dvd for that matter (other than my dvd-r now, LOL)!!!

The main character arrives on the plane but it only takes about 5 minutes before the local gangsters are trying to bump him off simply because they don't know him! Haha. And that's all it takes for you to realise this is an INSANE revenge flick with a lone wolf that just kills people left and right, and everyone is trying to kill him too.

I made a few quick screen grabs (no, they're not from the best or most intense scenes as I just spent 3 min. on it). CALIBER 357 was an unexpected nice surprise I got last year when I bought three boxes of old kung fu ex-rental video tapes.

By the way: To confuse things another Filipino action flick, MUSLIM MAGNUM, has also been released (on DVD) using the same alternative title as for CALIBER 357: Magnum 357. 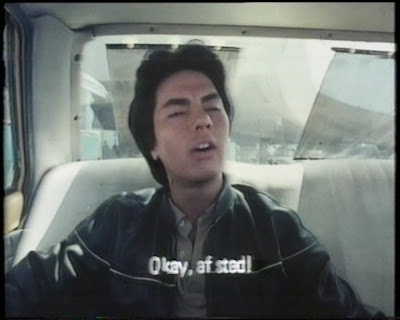 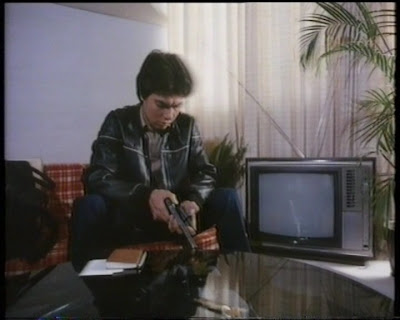 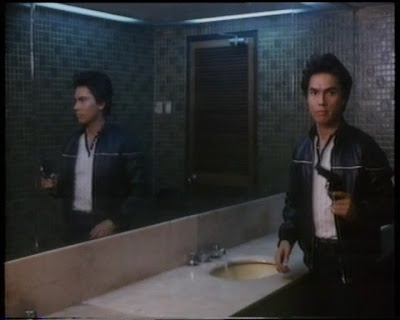 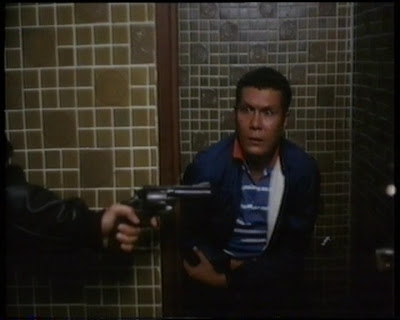 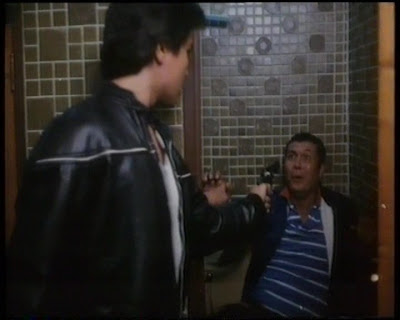 In this segment the lone wolf revenge guy waits in the loo for three guys and just kills 'em one by one. 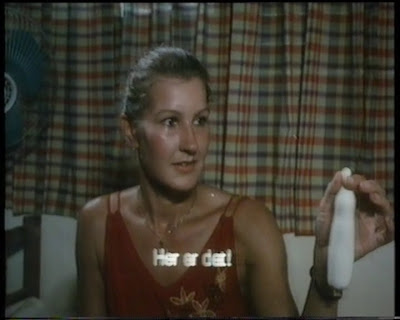 A chick pulls out a bag of drugs from "up there". 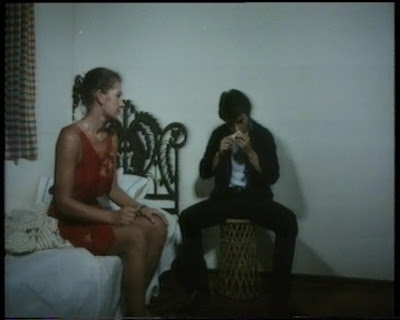 Obviously, our hero can do nothing but smell it (and obviously NOT because of what's inside, LOL).

Forget what I said in my last post!! I asked Cliff Mac about the possibility of a release of FLY ME even using less than adequate source materials and this is the reply I got from him over at Dvdmaniacs forum today:

Cliff Mac:
We are moving forward with FLY ME. There will some emultion scratches on the first and fourth reels, but in my opinion, it's still very watchable... so it will be on volume 2 of LETHAL LADIES along with COVER GIRL MODELS and THE ARENA.

Arrgh!! How cool is that! Not only does it seem like we WILL be getting FLY ME but SHOUT! Factory are ALSO releasing yet another Filipino co-production; the Cirio H. Santiago directed COVER GIRL MODELS from 1975!!! Oh, and THE ARENA is the Pam Grier film by the way! Definitely grand news!!! :D

The DVD is scheduled for November!
Posted by Jack J at 1:22 am 0 comments

A few months back I posted about SHOUT! Factory's upcoming DVD releases of a pile of Roger Corman produced Filipino films. Unfortunately it seems one of them has been cancelled! A few days ago Cliff Mac (of SHOUT! Factory) mentioned on Dvdmaniacs forum that they're not going to release FLY ME (Cirio H. Santiago, 1973) unless they can find a proper print. Terrible news indeed (not least cos this is one of the titles I don't already have on VHS!). FLY ME was released on VHS in the US and UK but those tapes have basically vanished off the face of the Earth! Boo-hoo. Personally I'd rather they release whatever half decent (or not decent) print that they have than not release anything. 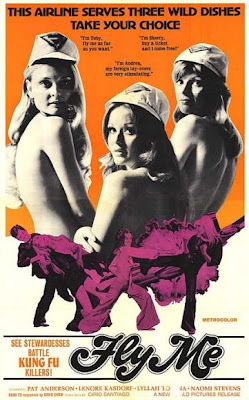 Very rare trailer for THE BIG BOSS found on Danish VHS - the version that contains the REJECTED English Hong Kong dub mind you!!!

Today, a friend of mine (Hans-Jørn aka Diabolik) found the original English dubbed trailer for THE BIG BOSS on a Danish trailer video tape from the mid 1980s!!!

Back in the day when the American distribution company bought the film they thought the English dub (made in Hong Kong) was too crappy and decided to make their own dub. The "new" dub is the one that was used on ALL releases (excluding versions that were dubbed into other languages, obviously). The original HK dub only played in certain territories in the Middle East (and reportedly Bruce Lee hated it when he heard it!) in the early days.

Until now, fans have believed this original dubbed version was never released to home-cinema anywhere. Not on video, video-cd, laserdisc, DVD, or shown on TV. However, this Danish tape is interesting because needless to say you can't help wonder if there might be a Danish VHS release from the early 80s that uses this dub (all HK films were released in their English dub in Denmark).

Also, as I've mentioned on this blog before, the rejected dubbed version has now been *released* (on bootleg anyway) but it's from a CUT print. If this really does exist on Danish VHS it's most likely going to be fully uncut.

I'm fully aware there's another version of this trailer already on YouTube (which I've posted here before) but just the mere fact that Hans-Jørn found another release is awesome PLUS the picture quality of this one is better that the other one in my view. I have no idea why HJ chose to use the old US title but this is THE BIG BOSS.
Posted by Jack J at 11:18 pm 0 comments

While the headline may seem funny it's no laughing matter at all! Read all about it over on Basement of Ghoulish Decadence
Posted by Jack J at 11:48 pm 0 comments