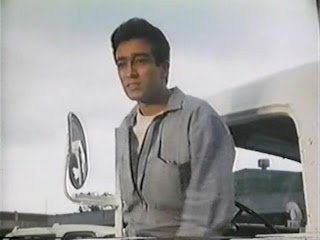 When I first posted about NAKED VENGEANCE over on my blog about trashy Filipino war flicks ("When the Vietnam War Raged... in the Philippines") Don Gordon Bell commented on it. Don is one of those Westerners (or in Don's case American-Korean) who for one reason or another happened to be in the Philippines in the 1980s and got dragged into the local film industry. And the explanation for this? Oliver Stone went to the Philippines in the mid-80s to film his Vietnam War blockbuster PLATOON. After he went home the local film makers looked at all the equitment and film sets that the American production team had just left behind. And they figured it would be a grand idea to take that stuff and use it for their own no-budget "Platton" movie. Or rather movies. Plural. Plural in a biiig way cos they didn't keep it to just O-N-E PLATOON knockoff, they kept cranking them out!! And hail Thor for that, as Jared Auner (Worldweird blog) would say because all those movies are highly entertaining (well, most of them anyway). 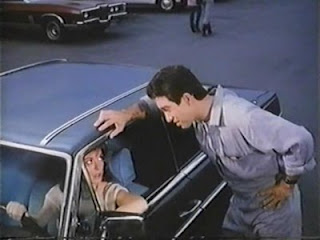 I posted about NAKED VENGEANCE on my trashy war blog cos I figured the film's too cool NOT to post about. However, my trashy Filipino war movie blog may not be the right place to post about it as it's not a war movie! It's trashy alright, and it's from the Philippines, and violent too, but a war movie it ain't. And seeing as this is my blog on Asian (mostly) worldweird cinema I reckon it'd be a swell idea to repost Don's comments here.

Don later responded to my post on his own blog which you can check out here (scroll down a bit, you won't miss it). You'll find my original posts on the film here. Check the comments' sections, there's at least one other comment from Nick Nicholson who was also in the movie.


By Don Gordon Bell
I was one of the five rapists, with Nick Nicholson. Think my name was Arnie and Nick was Sparky. We had quite a challenge doing the rape scene...it was quite intense yet professional. Deborah Tranelli was a trooper and told me to really 'go down' close when I was, uh, well, going down on her just before her 'parents' arrive home. Most of the women on the set were upset at us for several days. (Sheesh, it's only acting)
Funniest thing was standing around in a 'jock-strap' that I was wearing, my buns hanging out. One of the STILL photographers caught me and gave me a copy but I lost that one.
I died a horrible death, being wounded by the revengeful "Carla" and knocked down into an Ice Crusher at the Ice House where my character Arnie worked. I had to improvise by duck taping a skateboard to my stomach and that way I could be pushed down the ramp with two huge blocks of ice behind me. Took three takes, first one the stuntmen pushed me to hard and cameras couldn't pan fast enough. 2nd take went great, but I got smashed with the ice inside the box. 3rd take, was the best, with the camera on short tripod the cameraman had to be pulled out of the way as I came screaming straight into the shot.
The last one I realized that I might hit so I grabbed the side of the box so I would not hit the camera and operator. The two blocks of ice knocked me upwards, slammed my head on the top, but gave them time to roll away. Both blocks of ice came to rest on top of me.
Director Cirio called out, in his usual calm voice, "Hey babe, you okay?" I was pinned against the back, unable to move the blocks off and no one was helping me. "NO, Direct! I am not okay...get me outta here." Everyone broke out laughing as Cirio called to "That's a Wrap!" By the time I got out, most had left the set. I went back to the hotel, with the skateboard still ducktaped to me, just for fun. AH, those were the days, what a way to make a living. 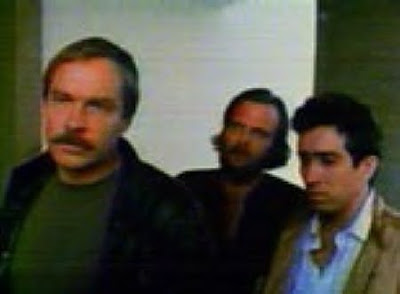