aka FLESH AND BLOODY TERROR 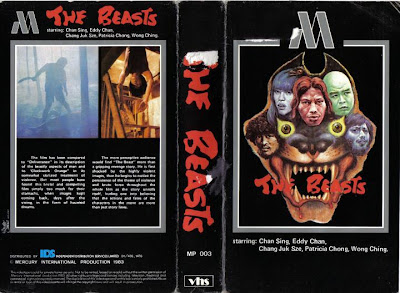 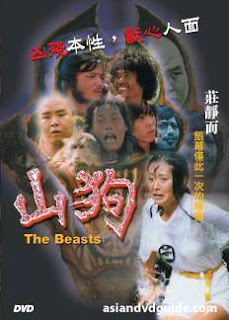 There is a DVD from Hong Kong (Cantonese with English subs, lbx) but I'm told it's cut by a minute or so. I haven't compared the two versions myself. However, the HK DVD is a good enough version so if you can't get the Dutch VHS (or a dupe of it) you'll be well served with the HK DVD. 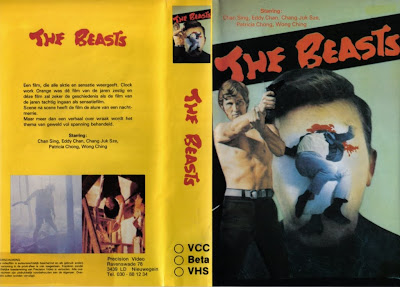 The above tape from Holland presents the very best version of the film: fully uncut and letterboxed - but the cover is an abomination, haha. Just who is that gwilo dude on the cover? He sure as hell isn't in the movie!! The by far (very far!!) best cover is the awesome pre-cert release from the UK (the top scan). 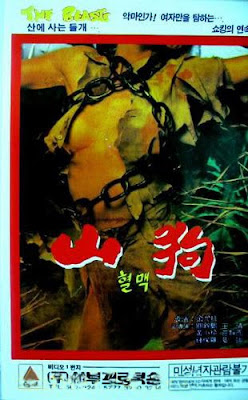 THE BEASTS on mega rare VHS from Korea. 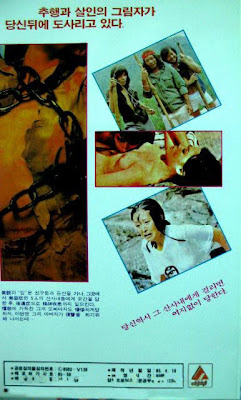 [click scans of the UK and NL covers for bigger size]


I'm not sure if this is an official trailer or a fan made one - but in any case it's a pretty cool one!


Thanks to Matt (a nice Québécois who fortunately lives in Korea) who got me the Korean scan. His blog "Unknown Kino" is in the blog-roll on the right. And thanks to Teade in Holland who got me the Dutch scan (and later sold me a different copy of that release!).
Posted by Jack J at 2:56 pm