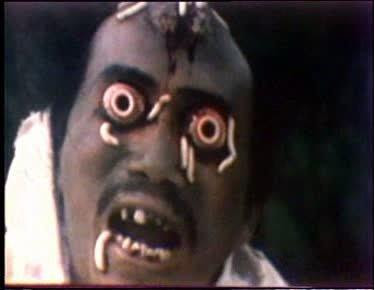 An evil witch kidnapped people and turns them into zombies. Two young warriors, a pretty girl and an old master fight against the witch and her helpers and monsters.

This is another ultra weird, crazy trash-megabomb from Indonesia. We have an evil witch who likes to bite off penis, one eye is gouged with a branch, flying skulls, zombies, vampire bats, funny transformations, intestines, bloody kung fu fights, flying coffins attack villagers !!!, the old master strangled his opponents with a giant tongue !!, exploding bodies, bizarre black magic rituals, worms eating and many more.
It is actually not to put into words, therefore, the pictures speak for themselves. 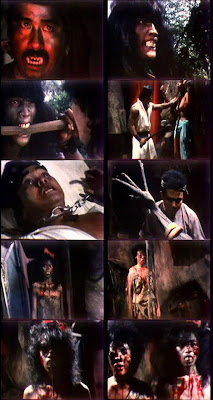 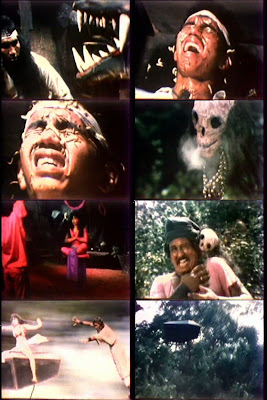 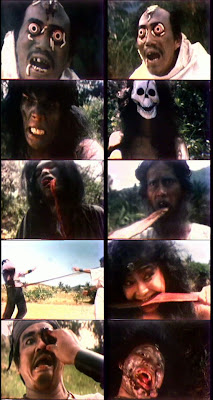