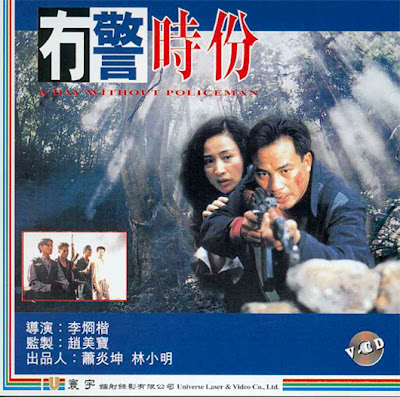 SIMON YAM in a completely whacked out gore fest. In lunatic cinema there are two names you should write on your wall - and they are both hongkongese! Anthony Wong and Simon Yam! If you like RUN AND KILL then... track down DAY WITHOUT POLICEMAN at any cost. It's on VCD/VHS/LD and there's an okay reg. 1 DVD from Tai Seng.

This is definitely one of my favourite Simon Yam films and it's sadly an overlooked one - even by genre film fans. Yam plays a cop but in contradiction to most other cop flicks the main character in this one isn't a heroic tough one. He is in fact a coward! So altho the "hero" gets thrown into one violent scene after another it's a very different film. However, that doesn't keep the second half form becoming one long ride into bloodshed.

The vcd and dvd that I have both carry crappy English subs that are even worse than what we're used to but it doesn't distract all that much from the excitement of watching this cool flick. I would advise that you don't read the capsule reviews on HKMDB as most of them (three out of four if I remember correctly) piss all over the film. They don't seem to enjoy all that many Hong Kong films on HKMDB - which is kinda odd seeing as it's, well, you know, Hong Kong Movie Data Base!! Maybe most of the reviewers are Hongkongese and they simply don't get the same thrill out of their local cinema as gwilos like me do. o_O

I tried to find a trailer but there doesn't seem to be one anywhere. But anyhoo, if you're into old-skool heroic bloodshed movies from HK then you need to check this one out. Highly recommended!

I just checked YesAsia and they still have the Tai Seng dvd in stock. 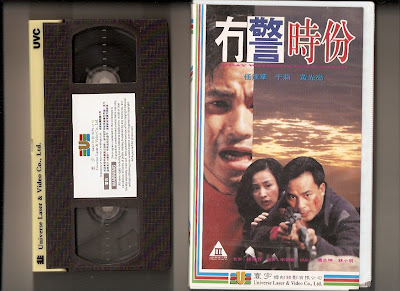 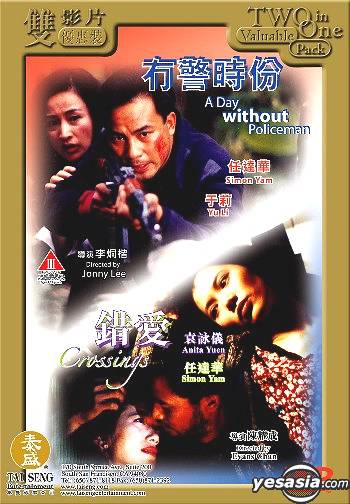