THE MUTHERS from Vinegar Syndrome!

A few minutes after I had just posted the previous post about the five Filipino movies from Vinegar Syndrome I check their facebook page and, lo and behold, someone just posted the news that they'll be releasing yet another American-Filipino coproduction soon!!

The film is Cirio H. Santiago's THE MUTHERS from 1976.

The film has already been released on DVD in Australia a couple of years back. It was included as a bonus on the 2-disc release of MACHETE MAIDENS UNLEASHED doc on US-Filipino coproductions (check my old post about it here). According to the post on fb the DVD is slated for March, 2015. 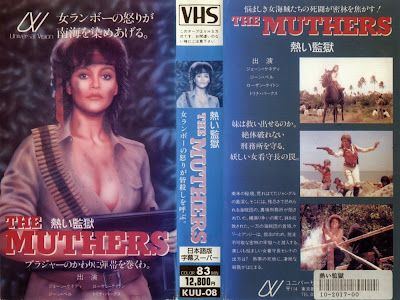 I would have posted the trailer here but I can't find a copy anywhere! So instead here's the way cool Japanese VHS cover! (which I found at Video Culture. Thanks, mates!).