NIGHT OF THE COBRA WOMAN dvd from Scorpion Releasing

When I posted about new DVD releases of American-Filipino coproductions the other day I forgot this one, NIGHT OF THE COBRA WOMAN, - maybe because it's not released from Vinegar Syndrome (like the other five) but instead it's out on Scorpion Releasing (run by Code Red's Bill Olson's brother). 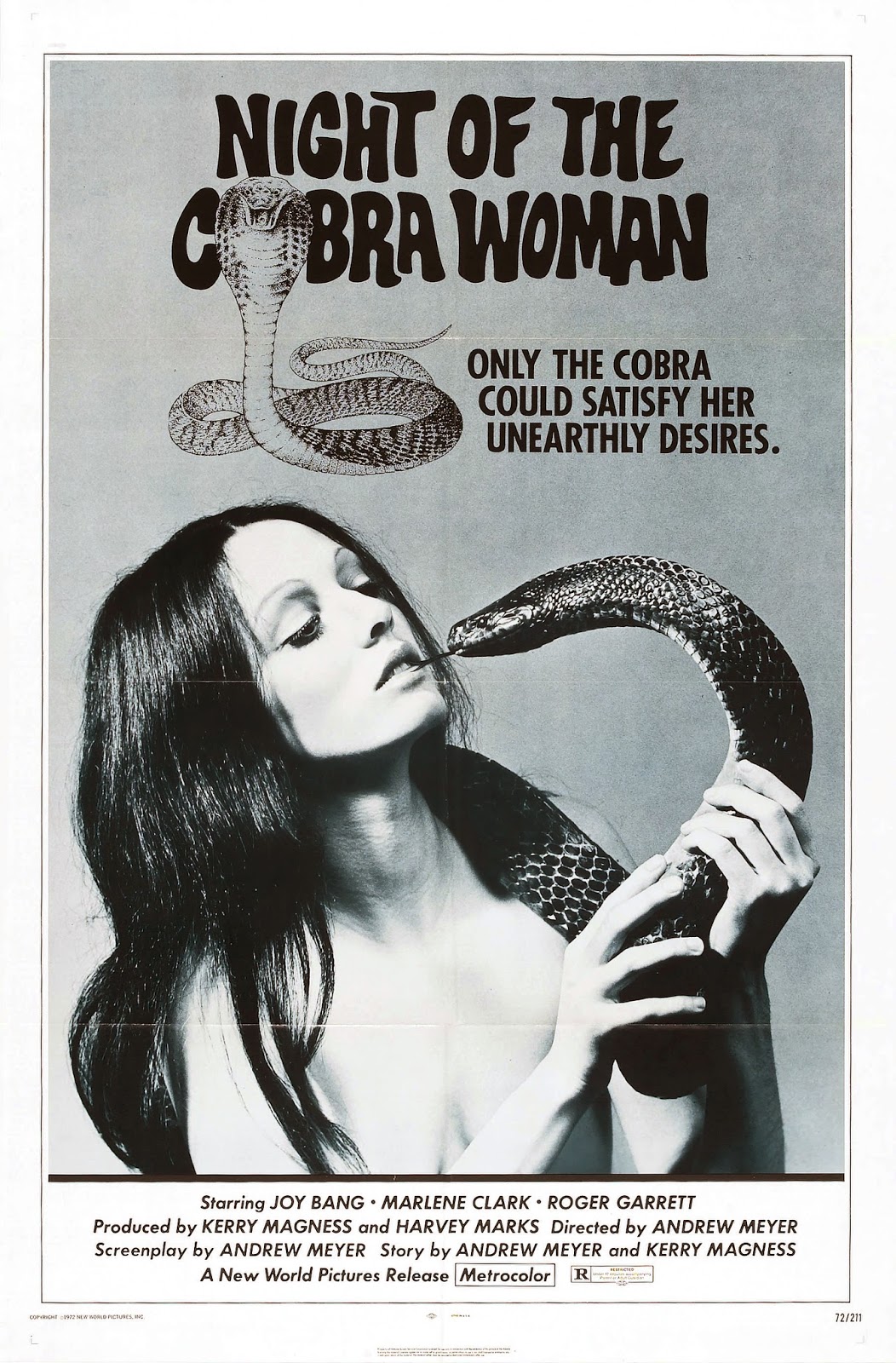 NIGHT OF THE COBRA WOMAN (1972) is yet another Roger Corman produced flick shot in the 'Pines. Until this release the film had only been released on VHS. I haven't got the new DVD yet but according to one online source the DVD is pretty good, and it's got a few great extras on it; There are new interviews with Marlene Clark, who plays the main character, and Roger Corman. The trailer is also included and the film is presented in its original aspect ratio of 1.78:1.

UPDATE (2019): Scorpion Releasing has also released the film on blu-ray!