aka THE DEADLY AND THE BEAUTIFUL (Philippines, 1973) 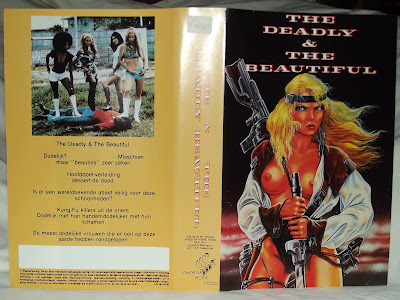 I won the rare Dutch VHS release of Robert Vincent O'Neill's WONDER WOMEN (aka The Dead and the Beautiful) on eBay a few days ago (from one of Cinehound's Member-X's auctions). The film may have been released on video in other territories but I've never come across any other release. Something Weird Video in the US have released a DVD-R of the films. Their print is taken from a good looking 16mm print. I posted about it quite a while ago (you can see the cover under the film's real index entry here). Code Red (also in the US) have announced a DVD release but knowing that label I wouldn't hold my breath until the DVD gets here. Sometimes their releases take a long (like in loooooong) while to materialise. I'm certainly happy to have won this tape. Oh, and Vic Diaz is of course in there somewhere!

Here's the trailer for the film: