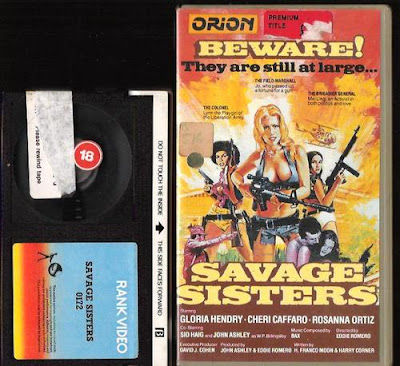 Betamax / UK / format? / English audio / no sub / cut (according to the BBFC homepage)

Credits lifted from ANDREW LEAVOLD's blog. Check his entry for the film, there's some very cool old programmes with heaps of info on the actors and the film. Go here.


I also have a good looking reg. 1 bootleg that presents the film in letterbox format (the publisher told me it's not a boot but that's obviously not correct). The print is really good and is probably sourced from a HD TV broadcast. The film now has a legit release from MGM but unfortunately only in their DVD-R line. However, I'm told the print looks great.