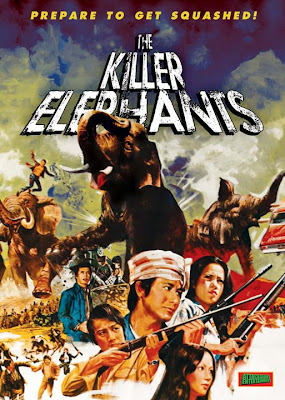 Here's the cover for Fred Anderson's upcoming DVD release of the Thai killer animal flick THE KILLER ELEPHANTS (to be released on his new ATTACKAFANT ENTERTAINMENT label). I'm told the artwork is by Cinehound's Cteve. :D 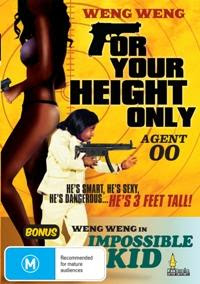 Yep, it's true! IMPOSSIBLE KID is finally getting an official DVD release! It's the good people at Umbrella Entertainment in OZ who are putting it out on a double DVD with the first film in the series, FOR Y'UR HEIGHT ONLY (albeit with a slightly different spelling). HEIGHT is already out on a fine, fine DVD from Mondo Macabro but I'm certainly not complaining about one more release of this entertaining film. As I'm sure you know already these films stem from the Philippines, and are both directed by Eddie Nicart. The DVD is scheduled to hit the Aussie streets on September 1st. I have no info of specs or extras. You can check the listing at Umbrella's website here.

To avoid confusion; Yes, there is already at least one DVD release of IMPOSSIBLE KID as it's part of the "50 Sci-fi films" reg. 1 box-set. However, in my book that's hardly more than a bootleg.