SUPERBEAST & DAUGHTERS OF SATAN on blu-ray

I kinda forgot all about Scream Factory's DVD release of SUPERBEAST and it completely escaped my attention that they also released DAUGHTERS OF SATAN back in 2018. Both films are weird Filipino horror flicks and thus both belong on his site!

Well, actually, they are both US productions made in the Philippines but still! And also, I've just discovered that not only are have they been released on Scream Factory DVD but they're also on that thar shiny and spiffy cool format, blu-ray! Check the double bill trailer in the above. 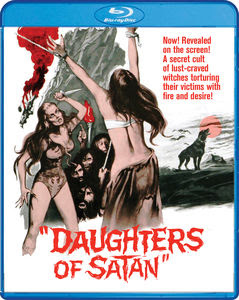 I ordered the two films a couple of days ago but obviously I haven't got them just yet. I have an old shitty bootleg DVD of SUPERBEAST from ZDD (terrible picture quality and the print is cut, too!). I don't remember much of the film so it'll be nice to pay it a revisit. DAUGHTERS OF SATAN is new to me. Both films are from 1972. 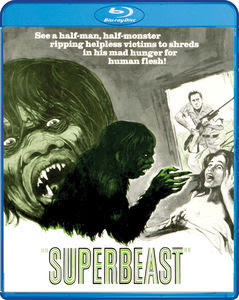